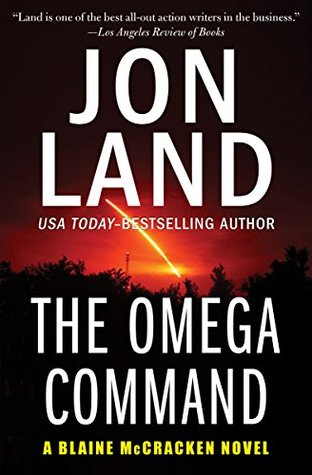 Jon Land’s The Omega Command is the first entry in a series of thrillers starring someone with arguably the best thriller protagonist name ever: Blaine McCracken. It starts with a typical cheap thriller plot involving a space shuttle getting blown up, and then goes on a one-way trip to Crazyville, going from New England to Atlanta to secret mercenary islands to supervillain lairs to outer space.

Blaine McCracken is a “Rogue Agent Who Doesn’t Play By The Rules” cliche. The supporting characters are equal mixes of cliches and stereotypes. The plot can basically be described as this conspiracy theory pileup of escalations, swerves, and “twists” without foreshadowing. 80s Computer Technology is involved, and I would feel comfortable in saying that this is a technothriller. However, it is an off-the-wall bonkers goofy ridiculous monster of a technothriller, and I loved it all the more for it.

This was amazing to read. Simply amazing. Not really a “good” book in the true sense of the term, although the action and pacing essential to every cheap thriller were by no means bad. It was a spectacle, and an ridiculous, stupid, bizarre, and somehow totally satisfying spectacle at that.