Weapons: A King And Slater Thriller 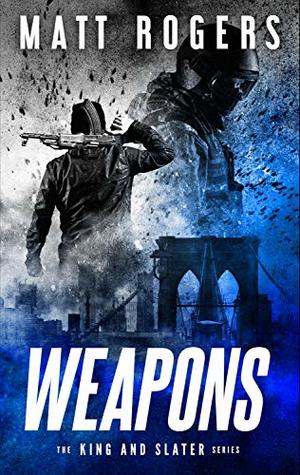 When I got Weapons by Matt Rogers, I didn’t really get that it was a merging of two series’ with entries in their own right. So I was a little confused at first, not helped by a slow start. Thankfully, once the story picked up, I got a huge wave of cheap thriller action. This isn’t exactly a standout cheap thriller by any means, and it has flaws.

One of the biggest is the variable competence of the characters. This book acts like a more grounded thriller until the moment the heroes are backed into a corner, at which point they gain, among other things, incredible aiming ability. It also has a mundane cheap thriller plot with my usual quibbles.

But the actual action is still well-done in spite of these issues, and that’s what a cheap thriller needs to be. You could do a lot worse if you want a basic explosive thriller.