The Dragons of Dunkirk 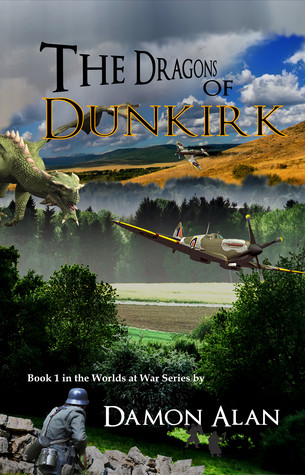 Damon Alan’s The Dragons Of Dunkirk grabbed me the moment I looked at the cover. Naturally, I thought of Harry Turtledove’s Worldwar series, only with fantasy invaders instead of sci-fi ones. I also thought of an early Fuldapocalypse review, Dark War Revelation, only set forty years earlier.

So, the German supernatural unlocking goes horrifically wrong, leaving the world exposed to a classical fantasy realm ruled by an ancient wizard (but not a zombie sorceress, sadly). Multiple characters of both sides take in the conflict as it ensues.

There’s a lot this book hasn’t done well. The dialogue is a little stiff, and the action not the best. The worldbuilding on the fantasy side isn’t the most truly distinctive.The characters, while adequate, aren’t more than that.

But what it does do well outweighs that. Alan manages to keep the conflict between a magical and technologically advanced side balanced in a way that doesn’t seem too contrived. (I’ll just say that bullets are something they can withstand to a big degree, but artillery shells are something else).

It has a great concept and an execution that, though imperfect, doesn’t squander it in any way. What’s not to like?