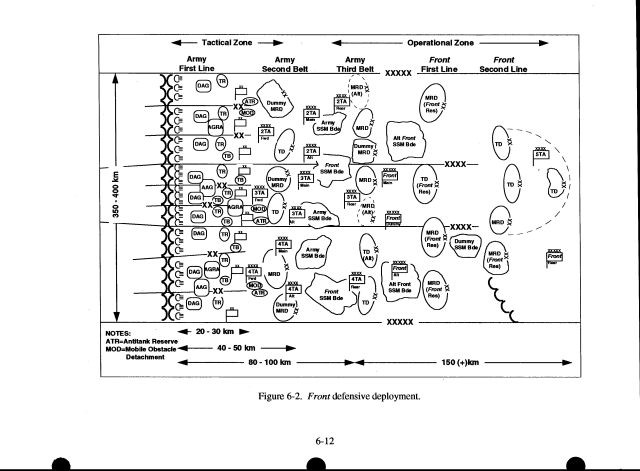 From the Heavy OPFOR Operational, here is a picture of a front-sized defensive operation. My first thought upon seeing it and counting the divisions, besides any political concerns, is – “Does NATO even have enough forces to break through it without a huge amount of technological superiority”?

This particular diagram is something of an idealized best case, as the front has both a second-echelon tank army to counterattack and several independent divisions as “combined arms reserves”. But still. I’d have to ask…

One thought on “Front Defensive Operations”