The Other Side Of Midnight 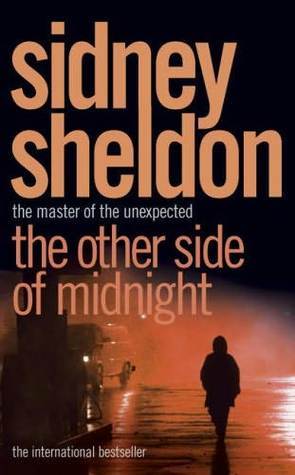 The time has come for Fuldapocalypse to broaden its horizons once more. Now reviewed is Sidney Sheldon’s The Other Side Of Midnight. This is in the kind of fiction genre best described, for lack of a better word, as the “romantic epic”, or maybe “romantic suspense.” How do I even begin to unpack this tale of scheming women, world war (well, technically), and romantic drama?

Well, the plot itself focuses on the romantic entanglements and schemes of four people throughout decades. Noelle Page, a French beauty who schemes. Catherine Alexander, an innocent midwestern American. Larry Douglas, a boorish but handsome pilot. And tycoon Constantin Demeris.

See, this book is very much a cheap thriller at heart, but it’s what I call a “gilded cheap thriller”. Most of the other stuff from the period I’d have reviewed on this blog is obvious, open, blatant, unashamed, sleaze-pulp. This is that in substance, but it’s wrapped in a tiny fig leaf of “sophistication” and “grandeur”.

It has the trappings of a literary epic that travels across time and place. There are descriptions of places, chapters marked by the passing of time, and narrative statements. All of which serve to bookend one scene of sleazy romance novel cliches (really, even someone like me could instantly spot almost all of them) after another.

The question that went through my mind after I finished was “was this intentional”? Was it a case of Sheldon’s pretensions exceeding his literary skill? Or was it knowingly making something that deliberately sleazy yet slightly, visually “respectable” enough for people to buy it without guilt? My very strong feeling is the latter, given that the author was already experienced in show business long before he wrote novels.

Well, whatever it was, it worked at selling lots and lots of books, especially this one.