Lions of the Sky 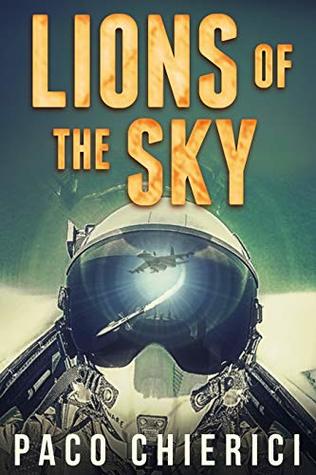 If I was to make a comparison, I’d say it’s like a modern version of Sweetwater Gunslinger 201 with a few more technothriller elements thrown in. Or, to use a less obscure pop culture reference, a modern version of Top Gun in print form with somewhat higher stakes.

I’m willing to forgive a lot of the roughness in a first novel, especially if I ultimately still found it enjoyable (which I did). Yet I feel obligated to point out that it is indeed there. The problem is that the sum of the parts seem like more than the whole. In particular, the entire “Spratly Islands Technothriller Plot” that winds in and out through the book is the least interesting part of it. What went through my mind as I read every section involving it was “it didn’t need to be like this. To set up the final action set piece, there doesn’t need to be a stakes-raising gimmick like what happens here.”

Beyond that, it doesn’t flow the best. There’s no real exact way to describe it and it’s clearly just the rough edges every first novel has, but the slightly clunky pacing is still apparent.

When the actual aircraft action scenes occur, they’re well written. Many of the on-the-ground relationship scenes are also well written. There’s definite talent here, and I hope, if/when Chierici completes any more books, he plays to his strengths and makes it a little more coherent in one direction or another. Lions of the Sky itself isn’t bad by any means, but it still feels like just a decent orange dish that has a few apple slices awkwardly stuffed in.