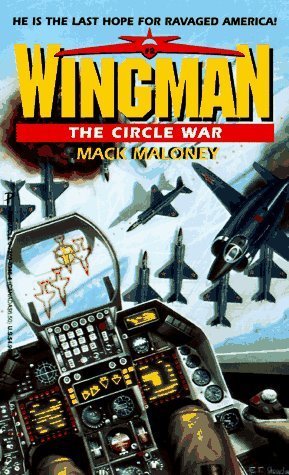 The second entry in Mack Maloney’s Wingman series, The Circle War remains every bit as ridiculous, if not more so, than the first. If one desires accurate depictions of military hardware, any kind of deep plot, or moral ambiguity, this book is not for you.

However, if you desire a tale of a man named after a fighter aircraft flying his super- F-16 from everywhere from Hawaii to Yankee Stadium, fighting everything from “air pirates” to Mongolian horsemen, and periodically recharging by bedding a beautiful woman jumping right into his lap, this book is for you.

What I like is that there’s absolutely no attempt at making this “realistic”, “plausible”, or “grounded” apart from sometimes getting the equipment names right (but only sometimes). It’s just a continent-spanning parade of goofiness, and that’s not a bad thing at all.

One thought on “Review: The Circle War”